“To punchy blasts of brass and a jazzy rhythm section, Mariah employs the dark cloud metaphor to demonstrate how tough times are just tests of our faith.” - Bob Marovich

Mariah Hlatywayo (lutch-why-oh) is a singer-songwriter and drummer from Perth, Western Australia. She draws on her Christian faith and life experiences to produce a unique sound that references many different musical styles including gospel, christian, jazz, pop, world, folk and country.

Mariah’s musical journey began as a little girl in Sri Lanka where she learned to sing under the guidance of her father Deva De Silva, an established singer and musician. In the early 2000’s she was also given the opportunity to perform with her brother Josh on the ‘ETV Kid’s Show’ in Sri Lanka.

A few years after her move to Perth in 2005, Mariah began to learn the drums and received singing lessons during her years in high school. She further refined her musical skills by playing in church and as a drummer and vocalist for the cover band ‘Slim Chanz’ as a teenager. Following her graduation from high school, she began her studies as a jazz vocalist at the prestigious Western Australian Academy of Performing Arts (WAAPA) and graduated in 2015 with a Bachelor of Arts with honours in Jazz Performance.

Mariah has performed at many local venues around Perth in different musical styles and settings, most notably the Ellington Jazz Club, Wembley Hotel , River View Room at the Optus Stadium and Lyric's Underground where she held her debut single and EP launches in 2021 and 2022 respectively. She has also performed her original music live on Sonshine fm’s The Brekkie Show' both with her duo ‘Mariah and Josh’ in 2019 and under her own name in 2022.

‘Ain't Nothing But a Cloud' is now available on all music streaming platforms. 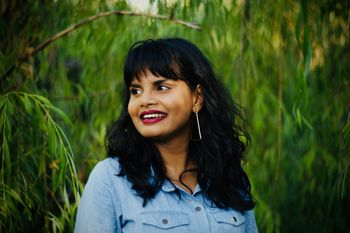 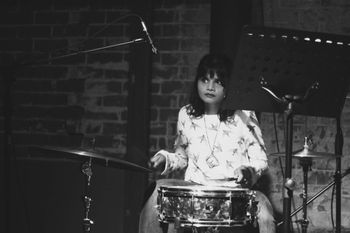 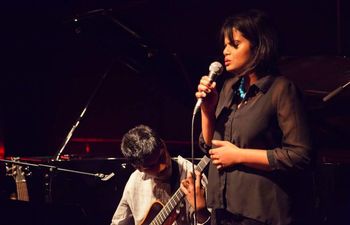 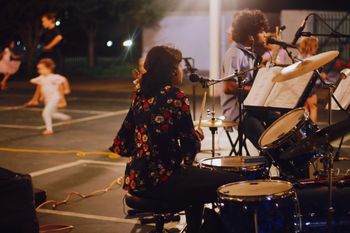 Mariah Hlatywayo releases Debut EP: ‘Ain’t Nothing but a Cloud’

Christian singer songwriter Mariah Hlatywayo released her debut album ‘Ain’t Nothing but a Cloud’ on the 20th of October 2022 following on from her single ‘My One and Only One Jesus’ in 2021. Recorded at Sundown Studios, Fremantle, the EP is an eclectic collection of songs of hope and faith in Jesus, birthed out of seasons of pain and discouragement. It is available now for streaming and downloading on all platforms.

Hlatywayo drew influence from a range of sources for each of the four tracks on the EP. She cites her studies of Jazz at the Western Australian Academy of Performing Arts (WAAPA) and her exposure to gospel and worship music in her early twenties as having inspired the jazz-gospel toned ‘Ain’t Nothing But a Cloud’ and Cuban flavoured ‘My One and Only One Jesus’. Mariah also describes her upbringing in a musical family as an influence on the folk-pop undertones in ‘Possibility’ and ‘It’s Jesus I Need At The End of the Day’. Each track was co-written and arranged by Hlatywayo, along with her brother, jazz guitarist Joshua De Silva with artistic contributions from her band. Also featured on the title track is Perth soul singer and rapper Drea.

Hlatywayo says about the EP “For as long as I can remember, I have always turned to music and my faith as sources of comfort when I have been going through something difficult. In the same way, I hope that my songs can also encourage and uplift others who are going through a difficult time.”

Mariah has been performing with her brother Joshua as a musical duo for many years under the name ‘Mariah and Josh’. Having graduated from the Western Australian Academy of Performing Arts as jazz vocalist and guitarist respectively, the two are equally at home crooning jazz and latin standards as they are with performing your favourite pop covers from the 1950’s to present day. This versatile duo is at home performing in larger venues with vocals, drums and electric guitar as well as accompanying their mellow voices with acoustic guitar and light percussion to suit more intimate functions.Together, their guitar, drums and male/female vocals produce a sound of a full band, exceeding the expectations of a duo.

Check out their website at www.mariahandjosh.com or email them at mariahandjoshduo@gmail.com for more information.